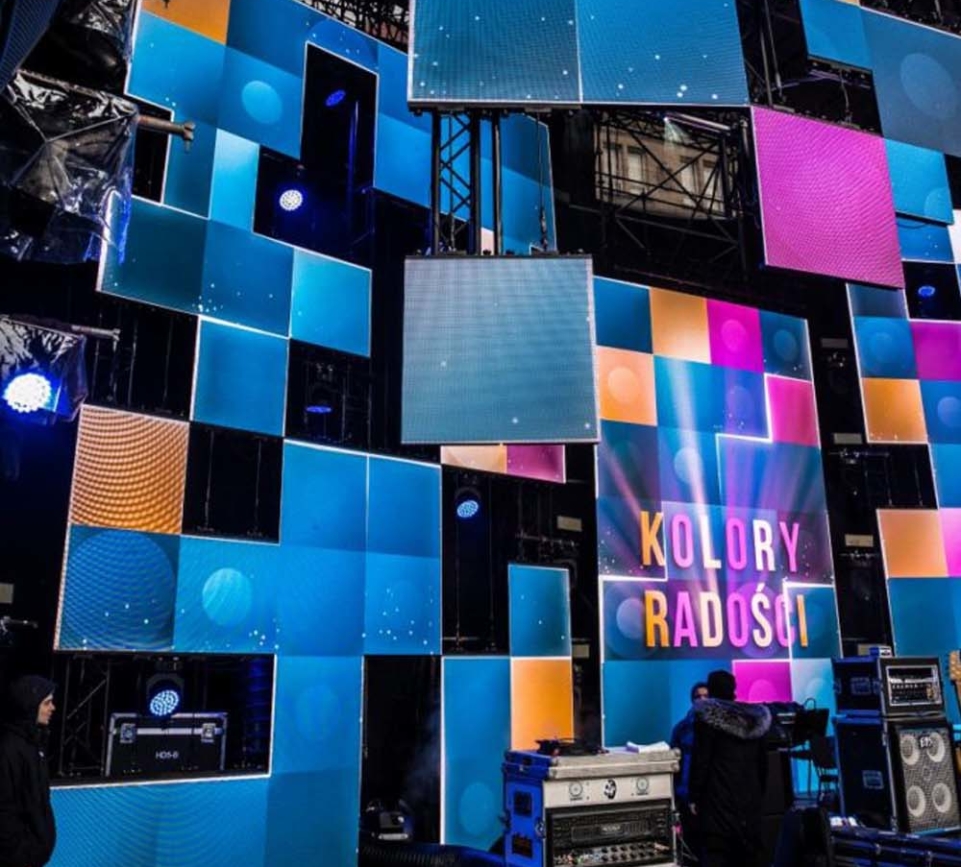 Once again we had the opportunity to spend New Year’s Eve in the heart of Wroclaw, where we provided multimedia devices and visual setting for 6-hour outdoor concert “Colors of joy,” directed by Konrad Imiela.

We have built a spatial set design with over 250m2 of outdoor LED screens (P5.9) according to the design of Grzegorz Policiński. Based on the form of the scenography, we have prepared almost 150 large-scale animations displayed on the screens during the entire concert. The external screens were mostly used for the cameras images as thanks to which the whole spectacle could be viewed even from a very long distance.

In accordance with the idea of ​​Sylwester Wrocławski – artists from Wrocław mainly performed. There were also guests who, however, somehow are connected with the Lower Silesian capital and its artistic environment. Importantly, no one sang and played from playback! Wrocław plays live, which was obviously a huge technological challenge. On the Wroclaw’s colorful stage, among others, performed Lech Janerka, Natalia Sikora, Kozak System, artists of the Musical Theater Capitol and Afromental.

The entire concert was live broadcast by Onet.pl. 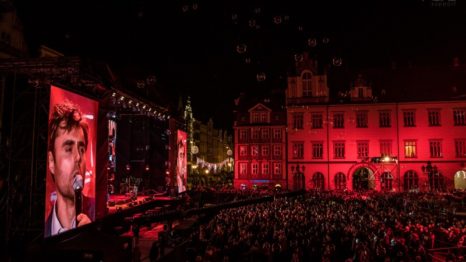 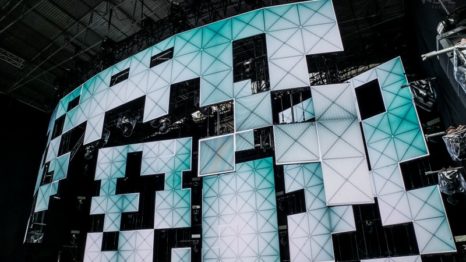 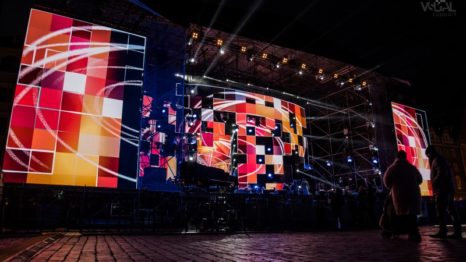 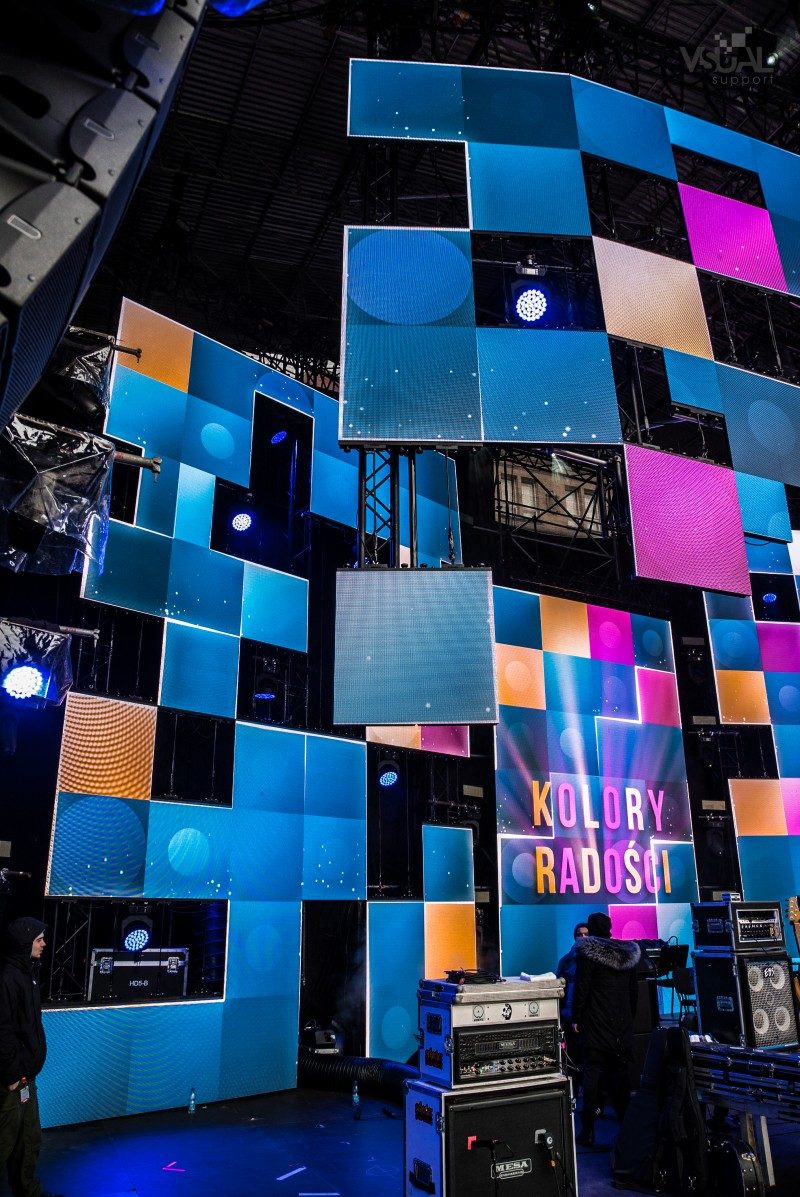 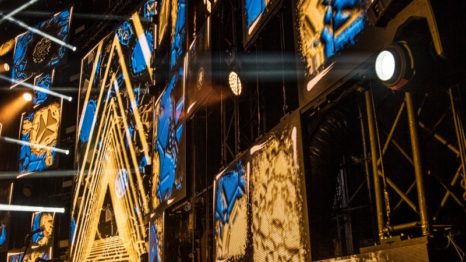 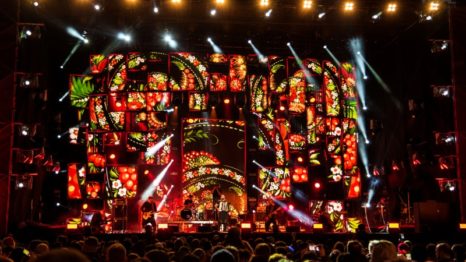 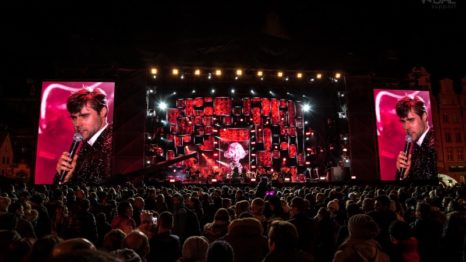 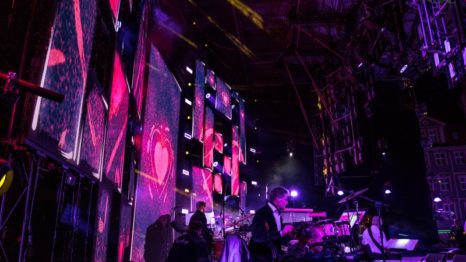 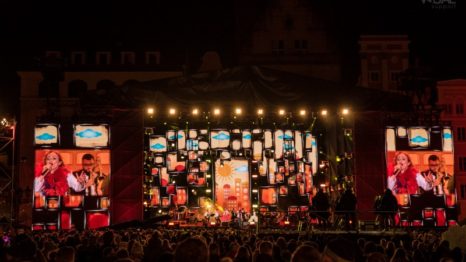